Are you passionate about growing your business this year????

David helped start one of the fastest growing technology companies in North Carolina (in the mid-90s) just a few years after graduating from Drexel University. In a few short years, this startup grew from zero to $75 Million. Later in 2000, he started and led a global integrator’s security division from start-up to $33 Million in just 3 years.

For the past 13 years David has been consulting with and scaling up technology companies around the world. Working in 6 continents, partnering & consulting name-brand technology manufacturers and technology distributors you partner with today.

Stelzl has authored some of the only books specifically written to the security technology sales industry. His titles include, The House & The Cloud and Digital Money. He’s created world-class training programs, holds one of the most recognized security certifications (CISSP), and provides top-notch coaching services to entrepreneurial  thinkers looking to multiply their business.

Not only has David’s material converted prospects to sales, his numbers are growing. With conversion rates exceeding 95% over the past 12 months (through lunch & learn events), The House & The Cloud truly is a revolutionary way to sell.

Are you an entrepreneurial thinker, interested in coaching with David?  Visit our coaching page and apply…

Apply To Work With David On Growing Your Business 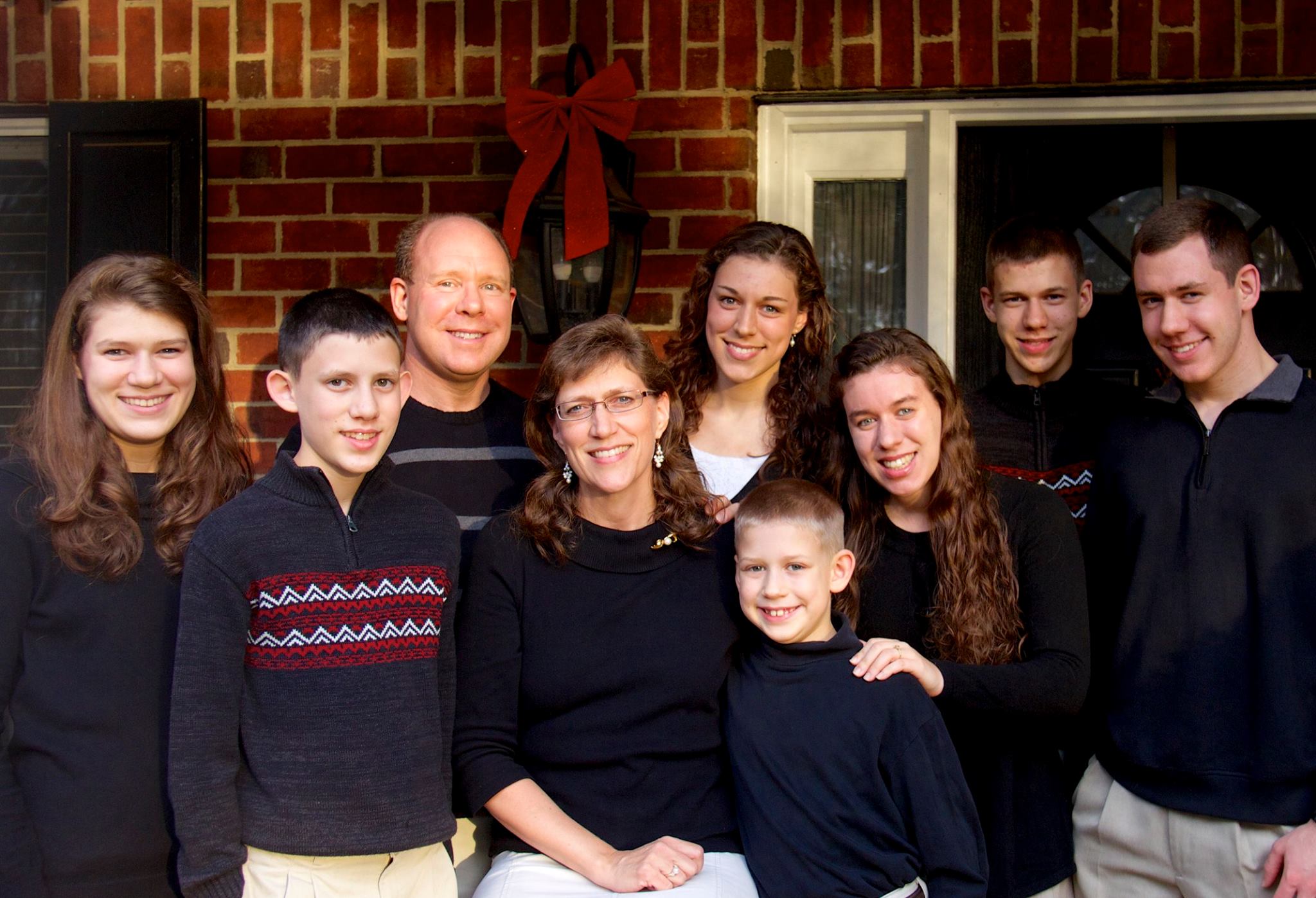 On a personal note, family is very important to David.  He and his wife have been married almost 30 years, and have raised and homeschooled seven children over the past 23 years.

He and his family live just outside of Charlotte, NC where they enjoy backpacking, mountain biking, hunting, and many other outdoor activities.  Most notably, his kids have started businesses including Something Gourmet, The Country Muffin (Products now being sold in over 11 stores nationwide and online), and Perfect Pups Dog Training School.

David Has An Urgent Message Your Clients Need to Hear!

Want to grow your business exponentially? Your security message is one of the most important tools in your bag.

Cyber-threats and risk mitigation are door openers. They set you apart from othercommodity providers.  Recent WSJ surveys tell us, “The hardware business is dying, and Managed IT margins are shrinking .” Cloud and security will lead the way – security being the fastest selling value proposition out there. Are you ready?

Upgrade Your Business For Just $1.00! Discover the Message That Consistently Converts at Over 90%.

Get Started Now! Grab your copy of The House & The Cloud. And right now, you can get it for just $1.00 w/ FREE shipping (as long as you live in the US – International? We’ll still send the book; we just ask that you help us out with shipping costs).

Changed lives is David’s goal. Every person going through a training program should have some level of coaching – that’s where real transformation takes place.  Like high-performing athletes, those who have great coaches end up winning the game.

“Like high-performing athletes, those who have great coaches end up winning the game.”

For every level of training, there is a level of coaching available – coaching that provides focused content, as well as the ability to interact, ask questions, and try new ideas. Join one of our coaching communities today!

“I highly recommend David Stelzl! Like many in your own network, David and I have crossed paths a few times in our career. Most recently, I’ve seen David grip a room full of security experts with his unique and engaging presentation style, educating and entertaining. Previously, At Dimension Data, David ran our security practice, and I can attest firsthand that we held him in the highest regards – among many reasons, I always thought this was due to his unyielding commitment to keeping pace with the industry. David is an asset to wherever he is putting his energies!”

“Your stuff works Dave, Thanks for the advice! Talking …about technology is really tough. But when talking about Operational Efficiencies, Data Risk, or obtaining those efficiencies and Costs reductions, I can tell you my margins have doubled, sales are taken to a higher level, and the CIO/IT guy and the CFO are now only supporters or influencers, not decision makers. This has opened up a whole new sales discussion and approach.”

“David has opened up a whole new level of business opportunity after many years of selling high-end technology solutions. Through his training and coaching program I now have the tools I need to move higher up in the companies I am working with; effective discovery strategies, executive level questions to ask, and a process to move from selling products to advising clients. One of the first opportunities we worked on went from a 65 thousand dollar assessment to over half a million in products and services! “

“…Fantastic…best I have ever attended!”

“I highly recommend David. While working at Praxis Computing, Inc, David was hired as my sales coach and business planning mentor. He played a significant role in our success selling IT security equipment and services. The House & The Cloud presentation that he devised was implemented throughout our process from seminars and events to board room presentations and deal negotiations. Furthermore David is extremely efficient and helped me to successfully leverage my calendar, utilizing time and work flow management to increase performance. In conclusion, David Stelzl’s advice is extremely valuable.”

“We recently held an educational event with David Stelzl as our keynote speaker to explain the 7 Essential Mindsets of securing critical data.  The event was held at the right time, with the right people, and at the right place and was a great success!  We had 74 people in attendance which represented 31 actual companies.  Of those, 65% signed up for a Risk Assessment that night and an additional 5 companies wanted project work done.  Since then, we’ve had two of 31 companies actually call us for help with security issues.  Both have engaged for project work.  They definitely would not have called without us doing the event.”

“Judging the success of the educational event alone, I would be thrilled.  But something very powerful happened afterwards that I did not expect.  A “Security” specialty opens doors even when my competitors are standing in them.  In two meetings last week, I was discussing critical data with business owners as a follow-up to the event. Those owners gave me access to the entire network, passwords, interviews with staff, and most importantly TIME with themselves.  I never could have had quality appointments like that without first delivering quality and value to those owners through the educational event with David Stelzl.  When time is money and every second counts, the meetings I choose to attend must be valuable.  The security specialty and Stelzl’s message has given me an open door to pinpoint the holes in security that businesses have and allows me a quality conversation to remedy those holes.  The specialty eliminates the typical roadblocks from internal/external IT people protecting their domains—even at the risk of the business being insecure.   The result: meetings that get to the REAL problem, proposals with a higher close rate, solutions that are custom designed and valuable to the owner.  Now that is a win-win.”

“…Your keynote message was outstanding; thought-provoking, very informative, entertaining – you delivered exactly what we were hoping for and more.  The feedback from all attendees was excellent – you were a definite hit.”

“David’s process is unique simple and enlightening … it works!”

“David led the security sales team through customer focused selling techniques. His market and context awareness were excellent and the message to the team concise and relevant. His ability to include and challenge each member of the team is excellent as David led us through techniques to ensure that selling security solutions to customers resonate and address real customer challenges. Well done and thanks for your efforts.”

“Very inspiring and valuable seminar and easily the best session I have ever attended. David is knowledgeable about the subject matter to which he speaks, and very professional in his delivery. He’s helped me to better understand what to focus on and how to close more deals. I highly recommend David if you are seeking a professional to help you making your business more profitable.”

“I would highly recommend David to any business that was looking for a way to “truly” differentiate themselves from their competition.”

“It’s hard to say this about many people, but with regards to our industry “David gets it.” I’ve found David to be of very high morals, very knowledgeable about the subject matter to which he speaks, and very professional in his delivery. He’s helped me identify how we should be tweaking our business model and how we should be getting the message out about SDG. I highly recommend David if you are seeking a professional to help you right the ship or just to help do some slight remodeling of the boat.”

“David has all the attributes of a truly successful, professional consultant. He is well versed, has the real world experience, and articulates the message in a extremely engaging manner. I have seen his results prior and there is a definite, tangible, successful ROI. I would highly recommend David to anyone that wants grow their business more professionally, more effectively and more profitably.”

“David’s extensive experience and deep insight into many verticals makes him a critical component to the success of any business. Excellent presentation skills and a mastermind for business strategy complete the package. Highly recommended!”